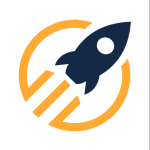 This town boasts the priciest real estate in U.S.

Chances are, if asked to name the most expensive real estate markets in the U.S., you might answer Beverly Hills, New York City’s Upper East Side or Palm Beach, Florida.

While those markets remain among the country’s highest priced, there’s one small California town that’s now ranked above the tried-and-true outposts of America’s high earners. But unlike those other markets, chances are you’ve never heard of Atherton, California.

10 multimillion-dollar outdoor living spaces
This small town now boasts the priciest real estate in the country, thanks to its proximity to Silicon Valley. That’s attracted the likes of Google (GOOG) chairman Eric Schmidt and Facebook (FB) chief operating officer Sheryl Sandberg, both of whom count the town of 7,000 people as home. What does it take to buy a foothold within the town limits? The least expensive single-family home is listed for $1.6 million, which will only get you 1,700 square feet of living space. That means the asking price is approaching $1,000 per square foot.
The rise in Atherton’s fortunes comes amid a boom in the technology sector, with the Nasdaq index up 25 percent during the past 12 months. On top of that, tech companies such as Alibaba are planning IPOs, while giants such as Facebook and Apple have been snapping up smaller companies, boosting the fortunes of the executives at the acquired firms.

Already expensive, home prices there have surged 40 percent in the past year, according to the San Francisco Chronicle.

In other words, the rising tide of Silicon Valley’s fortunes is lifting the home values in Atherton. But what else about the town makes it alluring to millionaires and billionaires? The town describes itself as a “small, rural, and residential community, with no industrial land-use base.” Its six square miles are dotted with live oaks, white oaks, bays, redwoods and other trees.

Best of all might be its quick commute to some of Silicon Valley’s biggest companies, especially given San Francisco’s notorious commutes. For executives at Google, Facebook and other Silicon Valley companies, getting to work from Atherton requires only a 15 or 20 minute drive.

Another attraction might come from knowing that your neighbors are among the elite of Silicon Valley. About 10 percent of the billionaires living in the San Francisco area call the town home, according to Curbed.com.

Breaking into Atherton isn’t easy. About 80 percent of all purchases of homes priced at $10 million or more are done in cash, Realtor Ken DeLeon told the Daily Mail. Already this year, eight houses have sold for more than $10 million, according to Zillow. The most expensive was a $25 million home featuring a pool, cabana, tennis courts and 13,600 square feet of living space.

The importance of reading and understanding an offer

When you make or receive an offer to buy a property, it’s important that you
read and understand every clause. It is especially important to understand
any conditions or any changes that are made to the standard offer.
An offer may contain several types of conditions. The most common are
“conditional upon arranging financing” and “conditional upon passing a
professional home inspection.” However, there may be other conditions as
well.

You should be aware of – and fully understand – all of them.
In addition, the wording of an offer may change during the back and forth
negotiations that often happen. Aside from changes to the price, other
clauses may be added, removed or reworded as well.

A good agent will always ask you to initial changes. This is done primarily to
ensure you know and approve of what you’re signing.

A recent newspaper article tells the story of a buyer-seller legal dispute that
resulted in a six-figure judgement against the seller. This was due, in part, to
a lack of understanding of one of the clauses in the agreement.

You don’t want that to happen to you. Take the time to carefully review and
understand an offer.

Want to make sure everything goes smoothly with your next move? Call
today.